Due to COVID-19 most of the customers from The Herbal Gin Company are local to the Newton Aycliffe area. As a result, most people know that I was a General Practitioner until recently and I changed jobs from being a medical doctor to setting up a gin distillery.

Some people, if not many, ask this question with a degree of ‘challenge’. Why change from being a doctor, with five years at university, one year as a houseman (olden days folks - 100+ hour working weeks) another five years for post-graduate qualifications to become a qualified GP, then a Masters degree in Sports & Exercise medicine, studied for in my own time after coming home from a full time job? Not to mention training 40+ junior GP’s over 23 years. All whilst spending 16 years in the Army as a Regimental Medical Officer and 16 years in the NHS as a GP.

Many people are interested in my reasons for change and the vast majority of people have been amazingly supportive and complementary towards my change of path, Inevitably, a small number I have met since leaving medicine have been openly critical of my decision. C'est la vie.

The answer isn’t so simple - or is it?

When I was serving in the Army, there seemed to be two sorts of people leaving ‘the firm’. One would loudly moan and groan about how 'hard done to' they were, the difficulties they had encountered and how the grass was always greener on the other side of the fence.

Perhaps too, it can be understood that these were the people who seemed to have a fun life, who were enjoying challenges and looked for projects and different things to do.

Bottom line - I wanted some of that. It was easy to moan about things (don’t get me wrong - I have done my fair share of moaning in my time - and I’m enormously good at it - to which many people will jump forward to testify!) but the adventure, the challenge, the novelty of the positive approach to life, had become increasingly enticing.

In my career as a doctor I was witness to an enormous number of life events, some were inspiring, some saddening, some amazing, some tragic. All were important.

The people I was lucky enough to help, as their doctor, taught me a vast array of lessons and I am forever grateful. Practicing medicine was an honour and undoubtedly a true privilege. Military service also afforded me the luxury of travelling the world and meeting people and seeing sights that will live with me forever.

We talk currently of front-line heroes, and quite rightly so, well done all our front line staff, a celebration of your skills and commitment is massively important to us all.

...and all the other front line guys too !

In addition, my job has shown me that there are unsung heroes in every decade of our lifetime. For some, we are aware of their history, for most, we are unaware. That ‘old lady’ or ‘old man’ passing us quietly in the street, (or currently isolated at home during lockdown) minding their own business, likely has a story to tell.

Always trying to keep an ‘ear out’ for past experiences, I am humbled to have been the doctor to someone: who witnessed the last cavalry charge of the British Army into battle in WW1; who survived Dunkirk, who survived the Norwegian campaign as a Royal Marine Commando; who was a prisoner of war in the infamous Changi Prison in Singapore and another POW in Berlin who had to literally run from the conquering Russian forces when the prison gates were opened in order to survive (yes they were on the ‘same side’!); who landed on the beaches on Day 1 of D-Day; who was a tail-end-Charlie gunner in a Lancaster bomber; who sailed in the Atlantic Convoys; who was sent to Korea at the age of 17, (arriving by the time he was 18 so he could fight),;who fought in Malaysia, the Falklands and many who fought in Iraq & Afghanistan. 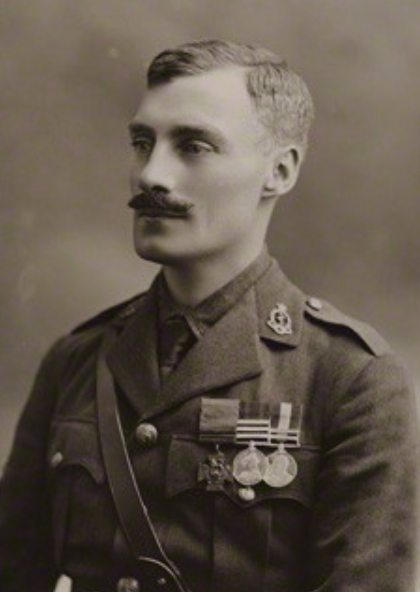 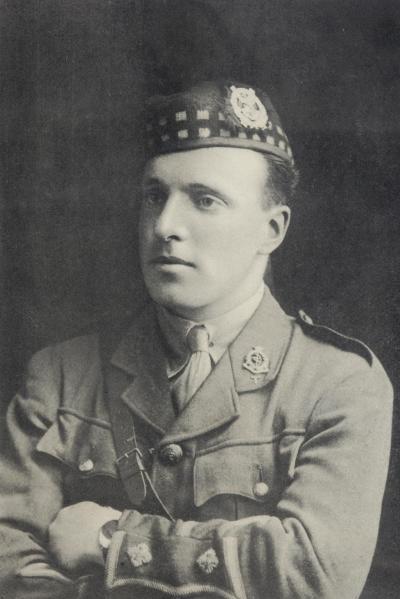 Two of the only three men ever awarded the Victoria Cross twice.

True heroes and both doctors in the Royal Army Medical Corps

Not any less heroic were the ladies, who were treated as second class citizens yet worked in munitions / drove steam trains / flew planes / ran businesses and kept households together on rations and on a budget less than a shoestring / raising families uncomplainingly in conditions that we would regard today as completely unacceptable but which in days gone by, were entirely the norm.

Hence the feeling of being honoured, whilst humbled and privileged to help such heroes as a doctor.

However, we are more than our jobs. The positivity of those adventurers, the people leaving good jobs to walk a new job on a tightrope with no safety net, stayed with me.

Increasingly, in my consulting room I noticed that many people were defined by their jobs - all the hours of the day being filled by external commitments and job requirements.

I also noticed that this was me.

Whilst I had learned to fly a plane, ride a motorbike, compete in archery tournaments, learn the guitar and the bass guitar (much better!), learn photography - all whilst most importantly of all, helping my ever patient and wonderful wife to raise a family - something still niggled me and work was taking over in a manner that was non-negotiable and had developed its own momentum.

My pride and motorcycle joy!

During my medical career I have always been interested in reading books that can improve lives, by the encouragement of an originality and an awareness of thought. One of my two doctoring heroes (Dick Hooper - you know who you are! - final recognition for those long philosophical chats over a Keo beer) encouraged me to think outside of the box and to dream beyond the norm.

(For those interested, some of those books are listed below in Annex 1. Try them - I feel that you will not be disappointed.)

Options were considered and none seemed to be quite right. I had always thought I would write a book. Then, quite out of the blue, whilst on holiday with some of my long-suffering family, came the inspiration of seting up a distillery and making gin.

Trust me - the thought was not there one second but it was there the next second - as massively and quickly life changing as that!

It fitted the bill perfectly. An artistic challenge - most definitely no safety net - something to be produced that gave pride, using my scientific knowledge / work skills acquired through the years, using other artistic skills in tandem (photography and I still have thoughts of playing my bass during open nights when the Aviator Gin Bar opens!). Oh, and learning something completely new!

And so it was a simple as that…

Two minutes later, after getting the green light from my good lady wife (essential!), I texted my friend Wayne and The Herbal Gin Company was born. Our skills compliment each other - although we both know there are many gaps needing filled - but that’s the fun of it all !

The next post is likely to be more gin based, but this post was important for me to write. Not only does it give you a background in order to understand the legacy endowed upon me by all my patients, colleagues and especially my family and their invaluable contribution to the establishment of The Herbal Gin Company.

Thank you and cheers !

Six books that could possibly change your life….

Some of the real life creative stories here are just awesome!

The Tao of Pooh - Benjamin Hoff

Chill. Life is a balance.

It’s not all about extroversion.

Zen and the art of Motorcycle Maintenance - Robert Pirsig

Don’t be put off by the title - it is an awesome read on the pursuit of quality. It also was the book that got me wanting to learn to ride a motorbike (within 2 pages of the start!)

All about the importance of change.

The mouse hero of the book is balanced, thoughtful and slightly introverted, with an open mindset and pursuing quality. Perhaps the little mouse read some other books..!

Let's try some sweet and sour...